After four months, Malden still waits for FEMA response to request for aid 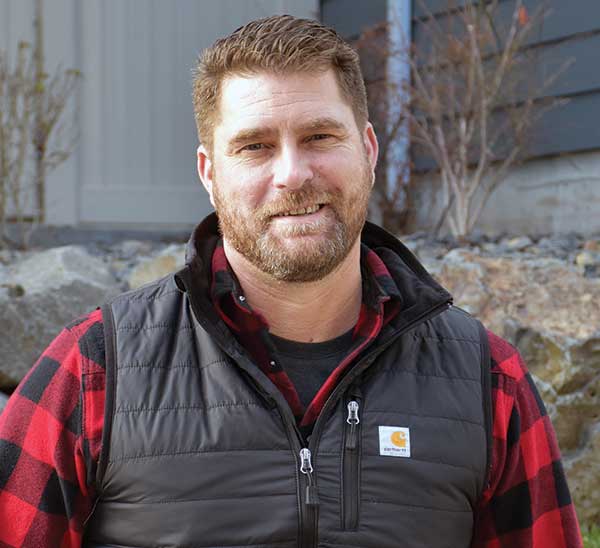 This article first appeared in The Fig Tree. Written by By Erin Endres, staff intern

When tragedy struck Malden on Labor Day in 2020, resident Scott Hokonson, who is now executive director of the Pine Creek Community Restoration Group, began working to rebuild the place he once called home.

About five years ago, he had moved to the safe, quiet town of Malden, where people were friendly, humble and waved when they drove by. Living there offered opportunity to work part-time and be a full-time parent, spending time with and caring for his three boys.

Scott was home Sept. 7 when the Babb Road Fire started. He helped people evacuate the area and alerted residents on the status of their homes. He later helped set up traffic cones and caution tape.

All residents survived the fire, although that was uncertain at first. Weeks following were spent searching for bodies and calling registers to account for residents.

His family asked why he helped day after day.

He previously worked in construction, labor and facilities management, and with the nonprofit Spokane Housing Ventures, which laid groundwork for his lead recovery role. He was weeks away from starting a master’s program in urban planning and social work, which is now on hold.

Scott works in Malden five or six days a week, often 16-hour days. His recovery office is in a trailer. He has a poster board for ideas or suggestions he is unsure about or unable to answer.

Scott was raised Lutheran, the son and grandson of Lutheran ministers. He misses worshipping at church, singing hymns and saying, “Peace be with you” to strangers.

As the physical stress takes its toll, his faith has helped in these months, staying calm and collected during recovery.

“I feel that God is putting me in place to help others because that is what helps me. Selfish, but it does. It makes me feel better. I feel like I am accomplishing something,” Scott said.

Scott felt God work through him as he comforted a resident struggling to cope one Sunday evening. It was a humbling and proud experience.

“Listening to someone else’s immense pain, being happy to be able to listen to them, even if I cannot offer any answers. Just to be there for another human being, that is what I think God is—connection between people and others,” he said.

Religious organizations of all faiths in surrounding communities have helped. Some help was turned away as the recovery effort determined where groups could best aid.

“Sometimes they show up knocking on the door, saying we can help but we do not know what to do,” Scott said.

At a lunch Facebook sponsored during the early recovery period, he met a leader in the Episcopal Diocese of Spokane, which now provides hundreds of boxed lunches at noon on Wednesdays.

Most religious partnerships started this way. In the future, he hopes to connect and cultivate relationships with more religious groups as recovery moves forward.

Scott has stayed hopeful and optimistic and is looking toward “victory.” He wants the Pine Creek Community Restoration Long-term Recovery board of directors “to walk around town, look at the ground, smell the smells, watch the sun come up, and think of themselves as generals in a battlefield looking towards victory.”

Doing this, they can brainstorm goals and milestones to reach in the future. He wants the community to sit down, as a family, and discuss “how much money do we have to get through this, what do we need, what are our resources, can we throw a party, can we rebuild?” he suggested.

His vision is taking the best of the past, leaving the worst behind, to rebuild the future of the rural West moving forward, he said.

Hope persists for those who lost their homes.

“I would like to build the best that we can, as much as we can, with a real caring, compassionate heart,” he said.

If the long-term recovery is successful, Scott hopes residents can find reasonably priced homes with little to no interest so they can be rehoused in the community.

Lack of home insurance is a significant barrier to recovery. Many Malden homes were inherited and required updates and repairs. Insurance costs exceeded home values.

Many residents choose to forgo insurance. Scott is sympathetic as he once lived in his home uninsured.

“I had bought insurance again on my home, and made sure it was good insurance because it meant so much to me as a home, and it would be so hard to replace,” he added.

“There are so many moving parts to this that I have had to delegate quite a bit, and we have had amazing partners helping in every way,” Scott said.

Surrounding communities have been helpful. The Lions Club of Rosalia started a program and distributed more than $50,000 in funds to those who applied, often those most in need in the Malden community.

Along with local help, the Babb Road Fire recovery is waiting on federal help.

Governor Jay Inslee applied for federal relief Sept. 16. Over four months later—in contrast with some disasters drawing response in two weeks—the city has yet to receive any response.

Within each challenge, the city has found joy.

“We leave the tree on all the time. It was the first annual tree lighting. We have never had a tree lighting in Malden before,” he said.

Scott hopes to shift the mindset on the fire in a positive direction. The recovery group is focused on moving forward with #PineCreekPositive.

The hashtag is an idea, part of a social media campaign to gain exposure and spread positivity when posting about the Malden fire recovery.

Residents hear about monetary donations, but most money is for long term recovery and rebuilding the town, not direct payments for individuals.

For direct payments, an organization, committee and board need to form and hold meetings. As a leader, keeping residents’ spirits up, staying positive and not attacking each other is paramount, he said.

He urges others to keep those affected by the fire and the recovery in their thoughts and prayers, remembering #PineCreekPositive.