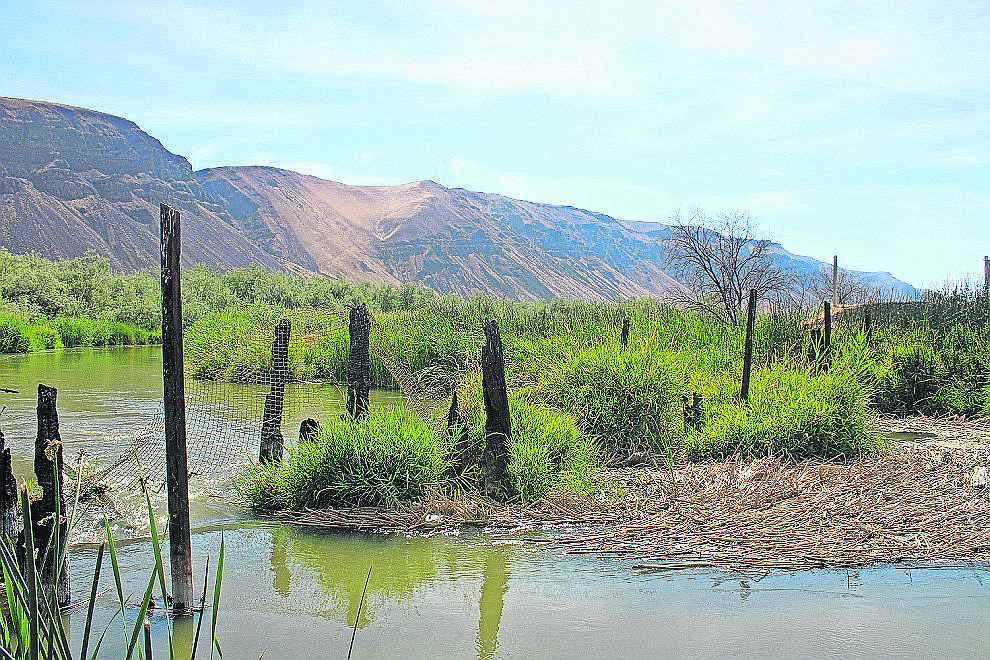 The Washington State Parks and Recreation Commission is designing a new Lower Crab Creek Bridge and contracting a team to demolish the remnants of the old one that burned in a 2019 wildfire.

The new bridge will reconnect the Palouse to Cascades State Park Trail, which runs from the forests of the Cascade Mountains to the scablands carved by Ice Age flooding.

Indigenous communities used this trail since time immemorial, followed by gold miners coming into the area. Starting in 1906, the Milwaukee railroad built the Chicago to Seattle line, which was electrified in 1915. The last train ran in 1972, and in 1980 the route was abandoned.

“It deadly stopped our forward progress there into Smyrna,” he said, “because you had to get on the road and ride 4-5 miles on that gravel, and we don’t like doing that.”

Typically, the caravan stops and camps near Smyrna, he said, but this year, because of the closure, it had to skip it and head straight through to Warden.

The more the trail is developed, the more people take it, he said. As a result, more dollars come through small communities along the way.

The caravan hops town to town. In Warden especially, it likes to stay an extra day and shower and give to the local economy, he said.

In communities like Malden, which was almost completely destroyed during the Babb Road Fire of 2020, this extra boost can make a big difference, he said, and changing courses like they had to when the Lower Crab Creek Bridge burned makes an impact.

“That’s kind of our objective, to help these little towns out,” he said, “because they are hurting and we like to see them prosper a little bit and get this trail where people are using it.”

Permanent fixtures, such as the Beverly Bridge across the Columbia River and the new Lower Crab Creek Bridge mean a lot to the history of the trail and the people who use it, he said.

The Parks and Recreation Commission has a tight window, said project representative Adam Fulton. For every body of water, there is a unique “in water work window,” imposed by the state Department of Fish and Wildlife, to work at a time most beneficial to the migrating and spawning species in the area.

For the Lower Crab Creek, despite a contract not yet set in stone, that means the demolition of the old bridge must be complete by Sept. 15, he said.

Bidding for the construction of the new bridge will happen shortly thereafter, he said, with the entire project to be complete by summer 2022.

Sam Fletcher can be reached at sfletcher@columbiabasinherald.com.