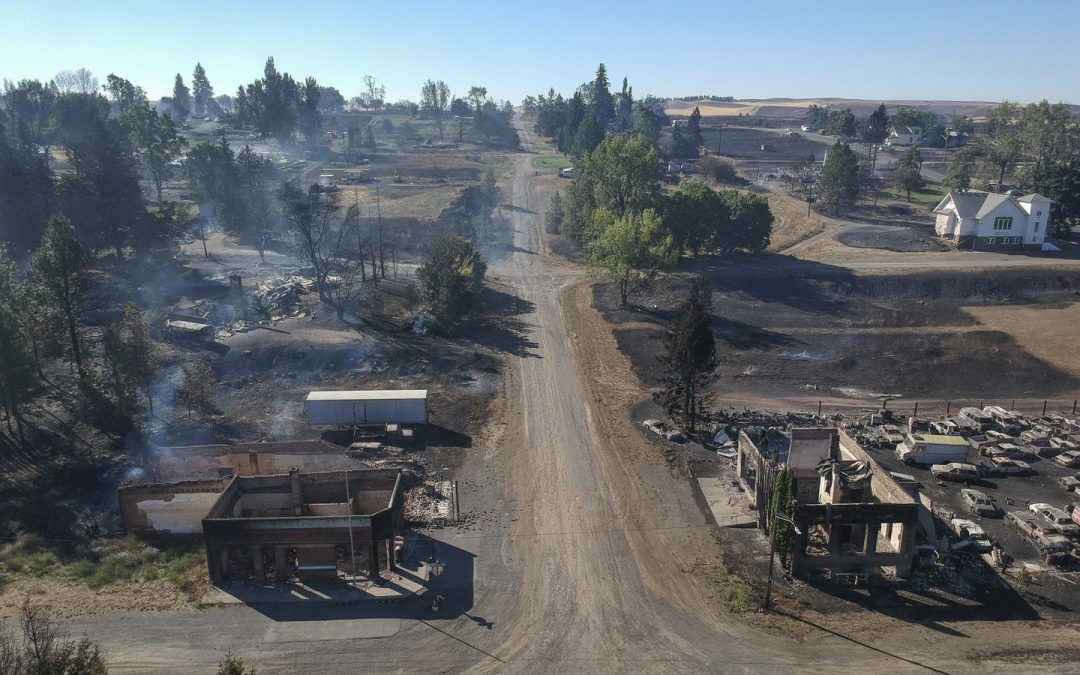 They are communities on two separate coasts, some 2,700 miles apart.

But they are connected by name. And now, by good deeds in a time of tragedy.

After the town of Malden, Wash., was all but destroyed this month by extreme wildfires ravaging parts of the West Coast, officials in Malden, Mass., are reaching out to help those in the small community who were impacted by the blaze.

According to the City of Malden Facebook page, officials are partnering with their own fire department “to help support the victims of the devastating fires.”

“The blaze has destroyed 80% of Malden, WA completely decimating its Post Office, Fire Department, City Hall, and Library,” officials in the East Coast city wrote. “Many homes have also been badly damaged or destroyed. The scale of this disaster has devastated the community.” 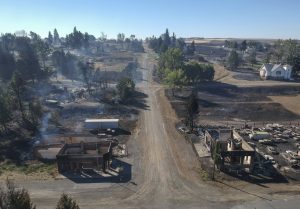 In downtown Malden, Wash., the former post office at lower left and another historic building at lower right still smoldered on Sept. 8, the day after a fast-moving wildfire swept through the tiny town west of Rosalia.Jesse Tinsley/The Spokesman-Review/Associated Press

The small town on the West Coast is 35 miles from Spokane, and home to around 200 people. Incorporated in 1909, it was reportedly named by a railway official after the city in Massachusetts.

Officials here said a number of fundraising efforts meant to assist residents in the namesake town are underway, including the Lions Club collecting prepaid cash gift cards that can be dropped off at the fire department’s headquarters.

“Donations will be shipped to the Lions Club in Malden, Washington, and all proceeds will go toward helping the victims,” the Facebook post said.

According to The Spokesman-Review, a fast-moving fire swept through the Washington town on Labor Day, “leaving residents little time to collect their belongings and flee.” Many of the community’s buildings and homes were destroyed, the newspaper reported.

Drone footage posted last week by television news station KHQ-Q6 showed the town mostly burned to the ground. In the video, large buildings were reduced to rubble and dust, cars were charred and gray, and large holes in the ground where structures once were looked like empty fire pits.

The Whitman County Sherriff’s office said Sunday that the “Babb-Malden” fire was 50 percent contained, “with major progress on fire lines,” according to a Facebook post.

“Crews will be working the fire for several more days,” the post said.

City of Malden Mayor Gary Christenson said in a phone interview that fire officials here learned about the blaze decimating the town on the other side of the country after seeing news reports on TV.

Christenson said the town’s fire chief and assistant fire chief reached out to his office to see if there was anything that could be done to assist.

“We thought, ‘We want to help them,’ and when we found out further it was actually named after Malden, Massachusetts, we wanted to do what we could,” he said. “Within 24 hours, they had something up on the social media accounts.”

The city has already collected some gift cards that they plan to send to residents in Washington. But Christenson said he’s certain more will be donated by residents in the coming days.

“The goal was to provide every resident there with a gift card, but I think we will be providing them with multiple gift cards,” he said.

Christenson said he’s proud of the community and fire officials for stepping up in a time of need, for complete strangers who are thousands of miles away. 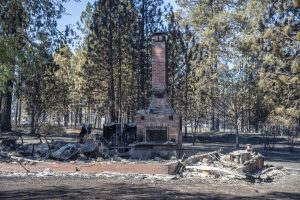 In downtown Malden, Wash., the smoldering remains of one of many homes burned on Broadway Avenue.Jesse Tinsley/The Spokesman-Review/Associated Press

“We are a community that prides itself on doing everything we can to help as much as possible,” he said. “One of the sayings about our city is, ‘All roads lead back to Malden,’ and I guess it’s true.”

On the city’s Facebook post about the fundraiser, some residents in the Washington area affected by the fires thanked their East Coast counterparts for their efforts.

“Thank you for caring for neighbors so far away! Your people were special to us when we named our town after yours 111 years ago,” one person wrote. “Faith and Love is worthy of namesake.”