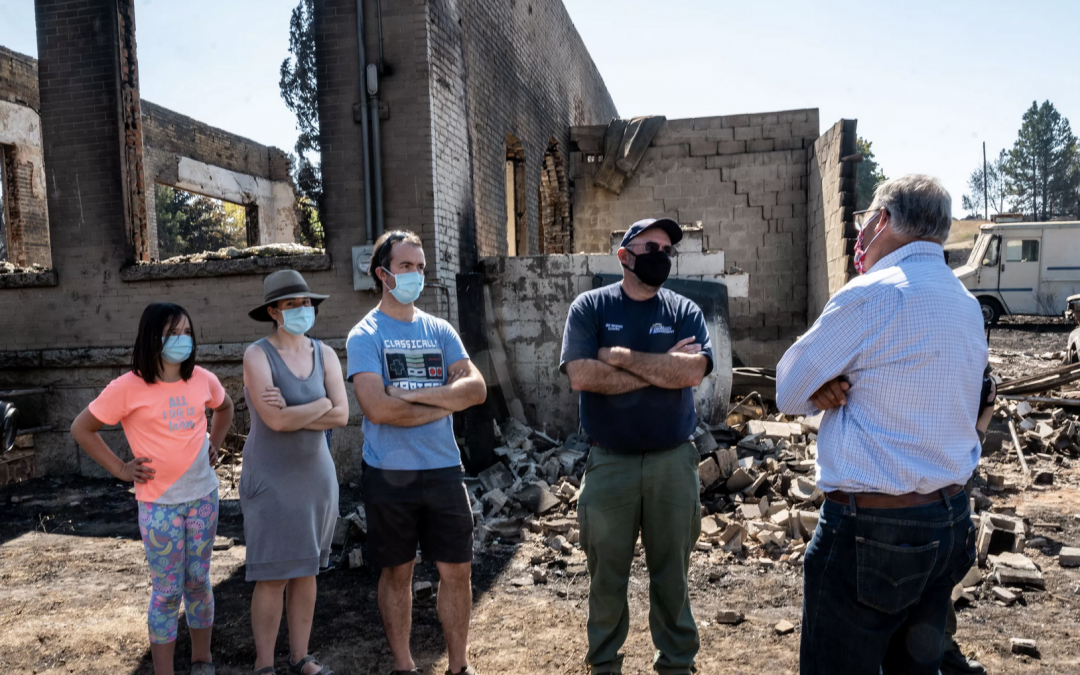 This article first appeared in The Spokesman Review on February 8, 2021. Written by By Laurel Demkovich.

Gov. Jay Inslee’s request for individual assistance for residents in Whitman County who became displaced after wildfires devastated their communities this summer has been denied, according to a letter from the Federal Emergency Management Agency.

The decision was announced less than a week after President Joe Biden declared last year’s wildfires in Washington a major disaster and approved public assistance funds for the state. The individual assistance would have gone a step further, specifically helping residents of Malden and Pine City find temporary housing and rebuild their lives.

The assistance was denied because the impacts to the individuals affected “was not of such severity and magnitude to warrant the designation,” according to the letter from FEMA.

Mike Faulk, spokesperson for Inslee’s office, said individual assistance is difficult to secure from the federal government. Washington has only received it once in the past decade, for the 2014 landslide near the town of Oso in Snohomish County.

“Our application was appropriate and we were saddened that the community won’t get this assistance, but it was always going to be a difficult bar to reach,” Faulk wrote in an email.

“The families and businesses and the community need this assistance,” VonEnde said. “With that said, Cathy personally and our office are trying to find the best solution and the best path forward.”

A statement from the town of Malden and the Pine Creek Community Restoration Long Term Recovery Organization said the groups were “deeply disappointed and disagree with this decision.”

“Despite the unfortunate denial of IA, we are still moving ahead and remain committed to rebuilding our communities as quickly as possible,” the statement read.

Washington Sen. Patty Murray said in a statement that she would “continue exploring every avenue to get those affected by wildfires the relief they need, including support through the Small Business Administration.”

A decision on a disaster declaration by the Small Business Administration is likely in the next few days. That declaration can make low-interest loans available for homes or personal property lost to the fire.

The governor has 30 days to appeal the federal government’s decision if he chooses, but Faulk said the state wouldn’t appeal. The process could take months and put a hold on the Small Business Administration assistance. Not appealing is the only way to get that assistance out as soon as possible, he said.

Faulk said Inslee remains appreciative of the federal government’s approval of the public assistance, which will go toward repairs for damaged infrastructure.

In his proposed budget, Inslee asks for $2.5 million in state assistance for individuals and families affected by wildfires and other disasters. The state Legislature will not finalize a budget until the end of April, and money wouldn’t become available until July 1.