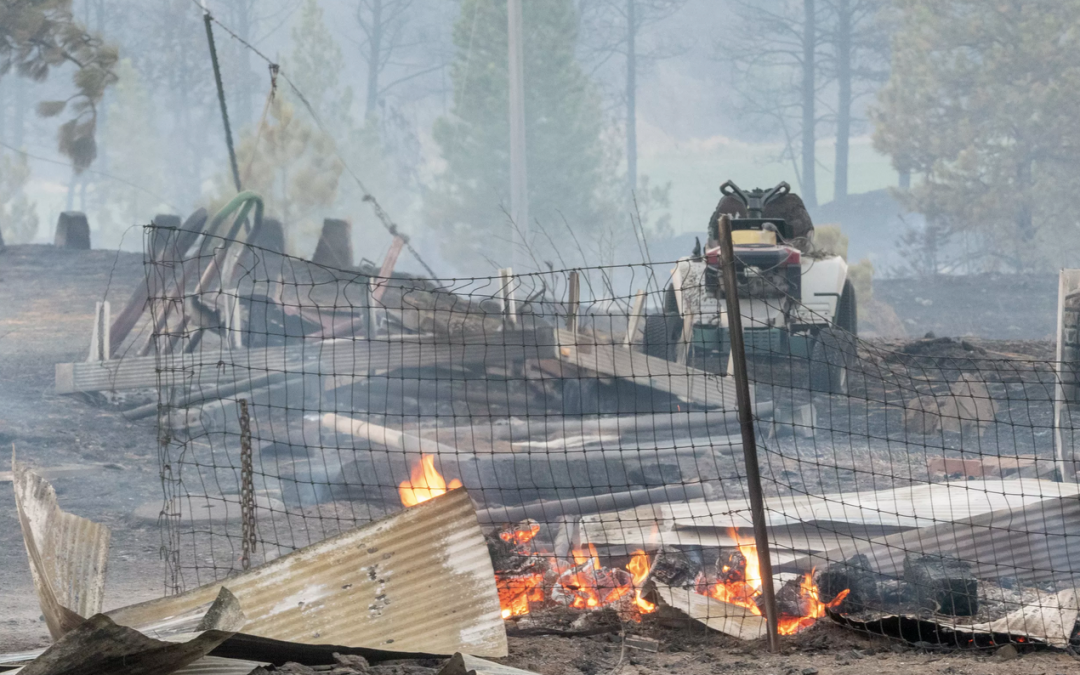 This article first appeared in the Spokesman-Review. Article by Orion Donovan-Smith . Photos by Jess Tinsley.

WASHINGTON – Late Tuesday night, House Democrats rejected a Republican effort to add legislation inspired by the fire that destroyed the Eastern Washington towns of Malden and Pine City in 2020 to the $3.5 trillion spending package Democrats are in the process of crafting.

In a “markup” session in which lawmakers propose amendments to revise a bill, the House Transportation and Infrastructure Committee rejected – by a 39 to 27 vote – an amendment proposed by Rep. Doug LaMalfa, R-Calif., that would have added provisions from a bill introduced in June by Rep. Cathy McMorris Rodgers, R-Wash.

The Malden Act would require a president to respond within 30 days to governors’ requests to declare a major disaster in the wake of wildfires and other emergencies. That provision was inspired by former President Donald Trump blocking aid to fire victims in Malden and Pine City after the two Whitman County towns were destroyed by the Babb Road Fire on Sept. 7, 2020.

Rep. Stephen Lynch, a Massachusetts Democrat who was chairing the late-night meeting, said that while he sympathized with LaMalfa – “I understand his heart is in the right place,” Lynch said – he urged his colleagues to vote against the amendment because the committee needed more time to review the changes McMorris Rodgers’ legislation would make to the law governing federal emergency response.

“This is really a substantial change,” Lynch said, “without any committee discussion or debate, to the longstanding authority provided by this Congress to the president to grant emergency and disaster declarations.”

McMorris Rodgers, who is not a member of the committee, released a statement Wednesday criticizing the panel’s move and Democrats’ effort to pass what would be a historically large spending package with no Republican support.

“As Democrats forge ahead with their unprecedented $3.5 trillion tax and spending spree, the American people are struggling,” the Spokane Republican said. “Rejecting the MALDEN Act at a time when rural communities are pleading for federal disaster assistance is the very definition of putting politics before people.”

“Refusing to take an opportunity to help Americans in need just to ram through partisan legislation does not make our country better, it only further erodes trust in our process. I am grateful to Congressman LaMalfa for his commitment to rural Americans and for offering this important amendment.”

Since McMorris Rodgers introduced the bill in June, only one other lawmaker – GOP Rep. Dan Newhouse of Central Washington – has co-sponsored it. But McMorris Rodgers succeeded in adding a minor provision from the bill to the bipartisan infrastructure bill that passed the Senate in August.

LaMalfa represents a Northern California district that has been devastated by the Dixie Fire, which is now 75% contained after burning nearly 1 million acres since July 13. Residents of Greenville, a town of roughly 1,000 people in LaMalfa’s district that was almost completely destroyed in the fire, began receiving federal aid in late August after President Joe Biden declared the fire a major disaster just one day after Gov. Gavin Newsom requested that he do so.

Moderate Democrats in the House and Senate have signaled they will not support the full $3.5 trillion spending proposal, making it likely a pared-down bill will emerge in the coming weeks.