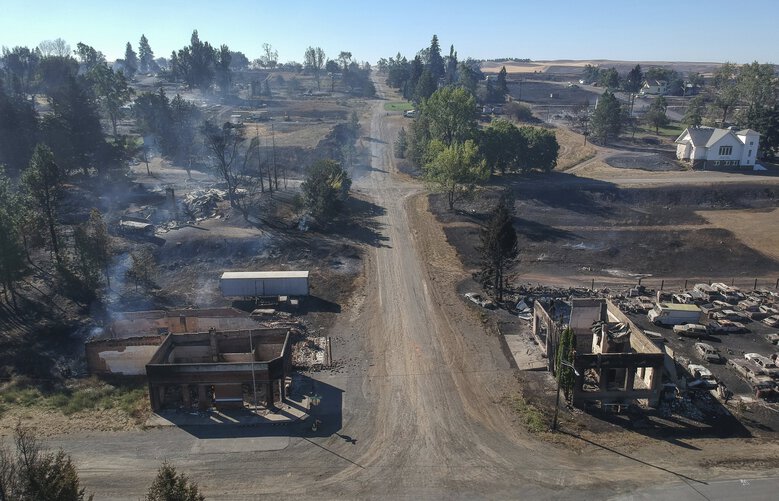 Months after summer wildfires eviscerated swaths of the West, scorched Eastern Washington communities are still awaiting federal government relief. The Trump administration’s foot-dragging on a disaster declaration is inexcusable, especially given the times.

Malden, in Whitman County, lost 80% of its 200 houses and its public buildings in the Babb wildfire Sept. 7. Neighboring Pine City suffered deeply, too. Yet the hundreds of Washingtonians living in these small communities are still without a Federal Emergency Management Agency disaster declaration that would bring housing aid and relief funding.

FEMA has been aware of the wildfire disaster inflicted on these communities. The agency approved state-requested firefighting funding for the Babb fire in the predawn hours of Sept. 8. That same month, Malden and Pine City formally applied for FEMA post-disaster relief. Gov. Jay Inslee asked President Donald Trump Sept. 16 to have the destruction declared a major disaster, which would trigger the FEMA relief.

In the 12 weeks since, this necessary request has gone unanswered, even as Trump designated wildfires in Oregon and California as major disasters. Not a single wildfire in Washington has been FEMA-certified as a major disaster in all of 2020. The administration gives no explanation for the extended review, but the animus between Trump and Inslee is well-known and documented. That must be set aside to address the deep needs of the people who have been burned out of their homes and even their communities.

The area’s congressional representative, U.S. Rep. Cathy McMorris Rodgers, R-Spokane, has been unable to budge the administration despite pressing for action. Bridging party lines, the entire Washington congressional delegation has written to Trump three times, most recently on Tuesday, to request help for Whitman County, specifically citing the destruction in Malden. FEMA continues to designate the application as under review until the president declares a major disaster.

Perhaps the fact Trump got nearly 70% of Malden’s votes in November would sway the president. He should help this community today. But if the disaster remains undeclared in six weeks, incoming President-elect Joe Biden should add it to his long must-do list for the afternoon of Jan. 20, 2021.