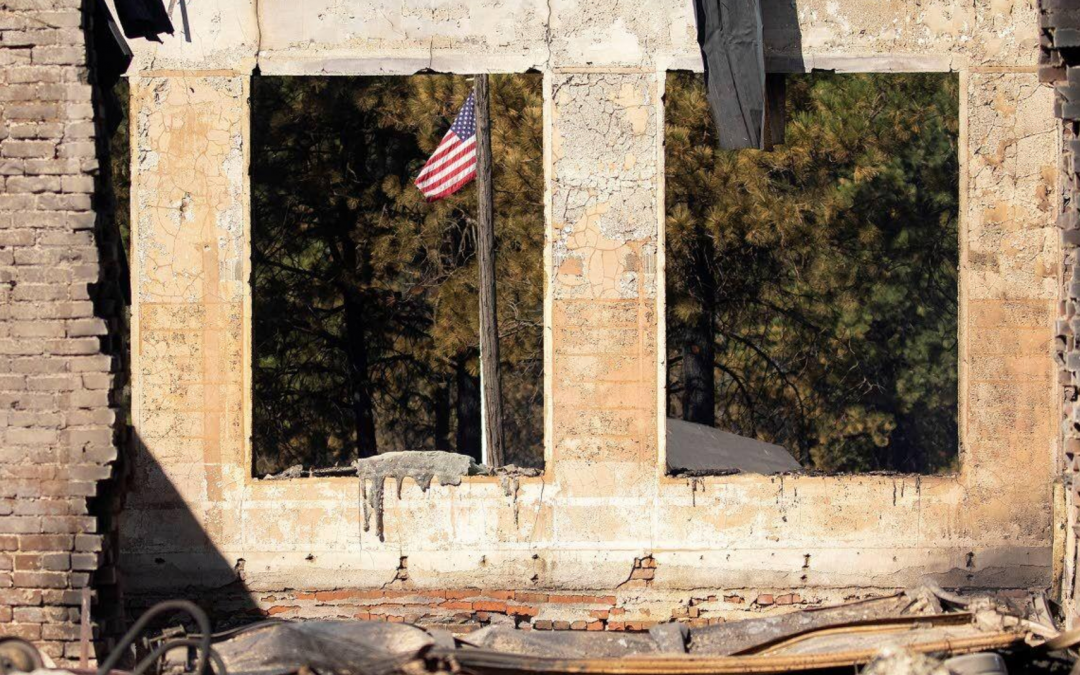 This article first appeared in the Lewiston Tribune, September 9, 2020. Written by Anthony Kuipers, for the Tribune

The ground still smoldered in Malden and Pine City a day after both Whitman County towns were destroyed by wildfires on Monday.

As the winds have died down, so have the flames. But the nearly 9,000-acre fire, known as the Babbs Fire, is still 0 percent contained, according to the Southeast Washington Interagency Incident Management Team that is organizing firefighting efforts.

Whitman County Sheriff Brett Myers said there have been no reported deaths so far in either town.

Rich Elliott, operations chief for the management team, said crews spent Tuesday searching homes for any victims or survivors and ensuring that standing homes do not burn down. They are still working on establishing control lines to contain the fire.

Elliott said he has never seen a Washington town destroyed by a fire to this extent. It was estimated that 80 percent of homes in Malden were destroyed. It is still unclear what sparked the fire.

“My heart aches for these people,” Schmick said.

In Malden and Pine City, trees are charred black. All that remains of vehicles are their metal husks. Buildings have been reduced to rubble.

Malden’s post office, city hall and fire station were lost in the fire. The Congregational Community Church remains standing but did suffer some exterior damage. 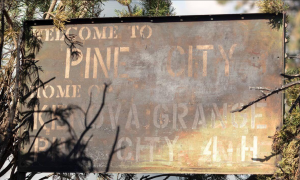 In Pine City, flames were still rising from a destroyed grain silo. The metal tank next to it buckled from the flames. The structures are still too dangerous for insurance and salvage companies to inspect.

Fire engines from Spokane County, Lincoln County and Kittitas Valley were among the agencies on the scene. However, Elliott said the large number of wildfires in the region has caused a shortage of firefighters. He said there is probably half the ideal number of firefighters available to fight the Whitman County fires.

The sheriff’s office closed off access to the towns. According to the Whitman County Sheriff’s Office, community members and homeowners in the towns of Malden and Pine City are strongly encouraged to stay out of town until the situation and fires are under control.

Both towns are still under an evacuation order. As soon as fire and emergency crews have the situation under control, the sheriff’s office will allow property owners back into the community.

“We estimate this process will take another 24 to 48 hours,” the sheriff’s office posted on Facebook.

The sheriff’s office is urging anyone with concerns about unaccounted for friends or family members to contact Whitcom Dispatch Center at (509) 332-2521.

Those who have been displaced or have lost a home in the towns of Malden and Pine City are urged to contact the American Red Cross at (509) 670-5331.

The Whitman County commissioners are trying to create a point of contact for members of the public who want to help the victims through donations. They also declared a state of emergency in the county.

“We don’t know what effect this might have on funding availability, but we don’t want government red tape to get in the way of adequate response and recovery services,” Commissioner Michael Largent said.

Bob Gear, incident commander for the Southeast Washington Interagency Incident Management Team, said they have been approved for a FEMA grant to help with the firefighting costs.

Gov. Jay Inslee is expected to tour the area Thursday.

The 5-acre Colfax fire that threatened dozens of homes and claimed at least two houses and a shop is fully contained.

The Manning Fire, located just west of Colfax, has burned 3,100 acres and is 25 percent contained. The cause of both fires is under investigation.

Jennings Elementary and Schmuck Park in Colfax will serve as the operations center for the firefighters who have mobilized from around the state.

“The destruction in Malden, Pine City, Colfax, and other towns in Eastern Washington is heartbreaking and unimaginable,” McMorris Rodgers said. “My prayers for safety go out to all of the families impacted. I will be working with and supporting state and local officials and doing everything I can on the federal level to ensure our communities have the resources they need to rebuild.”

Kuipers can be reached at akuipers@dnews.com. William L. Spence of the Lewiston Tribune contributed to this report.