Park trail to see improvements between Malden and Rosalia 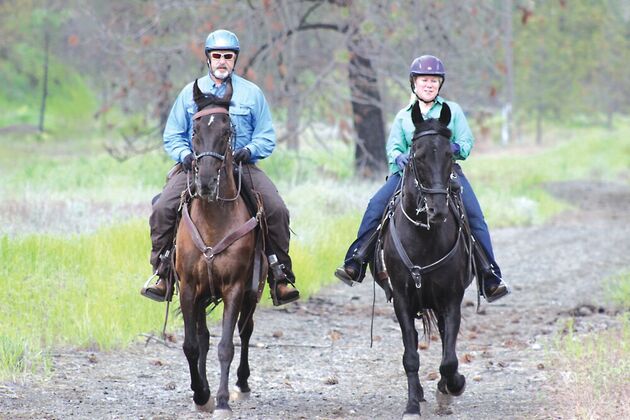 This post first appeared in the Cheney Free Press on 9 June 2022. By Michaela Friedrich.

CHENEY-The Palouse to Cascades Trail State Park will see improvements, including a new trailhead, grading in three locations and trestle repairs between Malden and Rosalia by the end of the year.

Brian Patnode, the eastern region construction project coordinator for Washington State Parks and Recreation, said the improvements are a step in the right direction for Malden and Rosalia.

“There’s going to be a new trailhead in Malden and surfacing improvements between Malden and Rosalia. It starts in Malden and ends in Gashouse Road,” he said. “Malden was impacted severely by fires a couple years ago, so we’re hoping that this can help reenergize the city.”

General surfacing improvements between Malden and Rosalia are also on tap.

The second main improvement happening on the trail is lowering the grades on Gashouse, Morrow and Kelsey roads to make them more accessible.

“We’re grading in three locations to reduce the slopes on the access to the trail,” he said. “We’re grading down to the road to make it accessible and then back up to the trail where it is currently too steep for trail users. We’re reducing it to a 5% grade or less.”

Structural repairs on two cement trestles over Pine Creek are also part of the improvement plan.

“There are two bridges that exist and we’re patching the concrete, cleaning the steel [rebar] and potentially replacing and encapsulating it [the steel rebar] in concrete,” Patnode said. “If money allows it, we’ll be replacing the railing on those as well.” 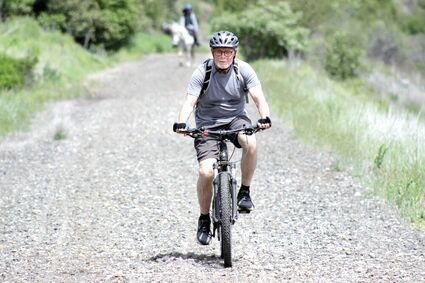 Kenny Stephens rides his bike on the Palouse to Cascades State Park Trail on Friday, June 3, near Malden. Photo by Teresa Simpson.

Patnode said the bid is going out within the next week. Once a contractor is selected, people can expect to see construction start in approximately six weeks.

“We’ll be closing the trail for a while when it’s under construction. We’ll be opening certain sections as soon as conditions might allow it,” Patnode said. “We’re hopeful that the improvements and the trail will be completed by the end of 2022.”

He said the construction should start in July, carry on through the fall and likely into early winter. Patnode said they’re hopeful that the project would wrap up sooner than the expected deadline but said it should be no later than the first of the new year.

“We’re excited for these improvements for this section of the trail,” he said. “We’re hopeful it’ll see a lot of use and that it’s accessible to everyone.”