The Stone Church of Pine City, Washington dates back to the early 1900s 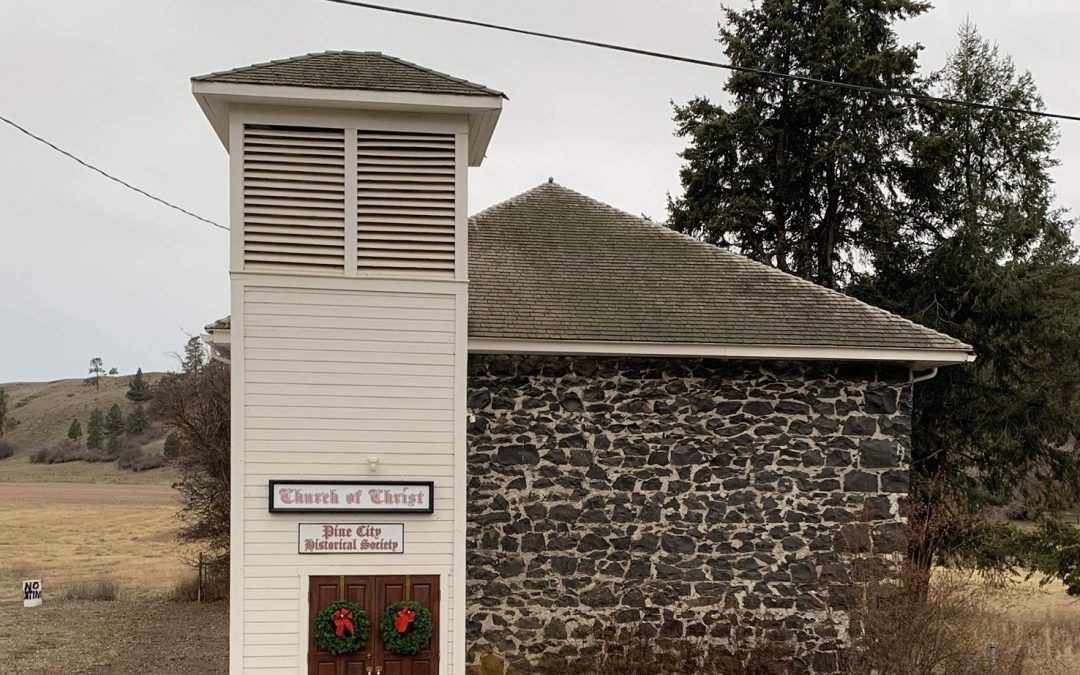 The historic Stone Church of Pine City, Wash. suffered heavy losses to its infrastructure and property in the Babb Road Fire of September 7, 2020. 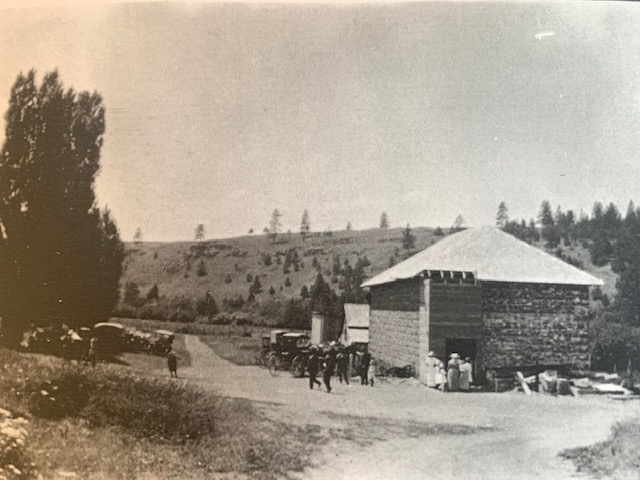 Smith Bros. store, ca. 1914, being converted to the Church of Christ.

The Stone Church stood as the oldest building in Pine City for over 100 years. While the church has not had an active congregation since the 1970s, it has been home to the Pine City Historical Society, which owns and manages the property as a historic site.
The church stands at a spot called Texas Ferry,  where the military road from Fort Walla Walla to Fort Spokane crossed Pine Creek back in the 1850s.
The early 1900s building was originally constructed as a general store by Andrew Jackson Smith.  Smith Bros. was located immediately adjacent to the railroad. The noise of the trains spooked wagon teams parked in front of the store, so Smith built a new store farther from the tracks.
In 1914, the stone building was repurposed as the Church of Christ.
Unfortunately for Mr. Smith, who was stone deaf, he accidentally stepped in front of a train while he was working on the remodel.  The result was fatal.

After the Babb Road Fire, the church was assessed by a private engineer who determined the structure was too badly compromised to be saved. Also lost in 2020 wildfire, were original pews, pulpit and fixtures. On a high note — everything else was stored in the Grange, which appears to be undamaged. This includes the liturgical book stand that was donated back to the Church in 2019. 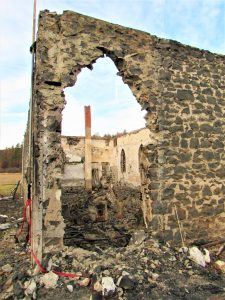 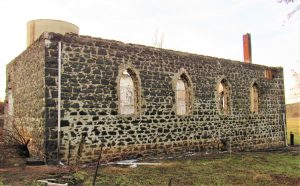 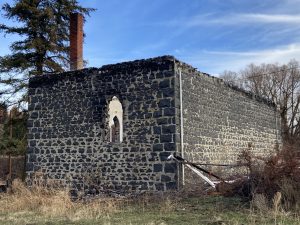 The church was destined for debris removal due to the engineer’s assessment, but the LTRO became aware that FEMA has provisions for restoring and preserving historical or culturally significant structures. The building to WA State Emergency Management, who removed it from the list for debris removal and concurred that preservation is possible.