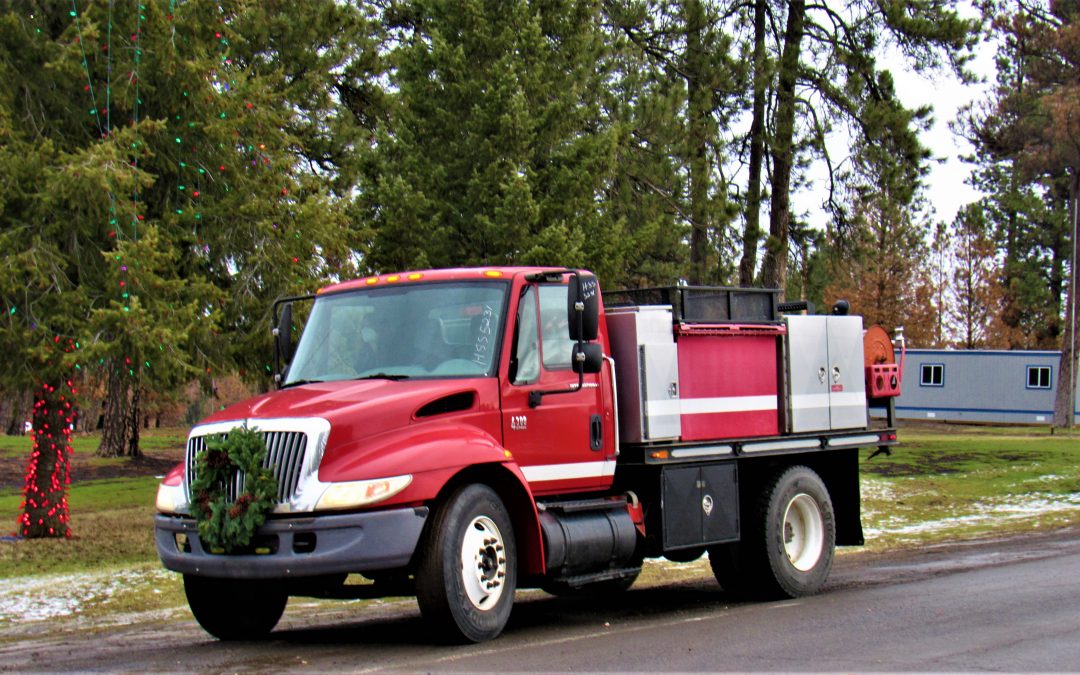 On Thursday, December 17, Washington Commissioner of Public Lands Hilary Franz delivered the town of Malden a fire engine, replacing the engine lost when the town was devastated by a Labor Day wildfire.

Residents have begun rebuilding in the three months since the Babb Road Fire burned some 80 percent of the town, including the town’s lone fire engine which was still inside the fire hall.

“It takes my breath away to know that an entire town can be destroyed in just a matter of minutes – before anyone can even get to a fire engine and before residents could grab personal items or a change of clothes,” Commissioner Franz said. “I’m honored to be in a position to lend help, to give this community the support they still need. While this engine is a small step in the enormous task of rebuilding Malden, it’s absolutely essential to be able to protect what is rebuilt.”

Commissioner Franz drove the engine, a 620-gallon 2002 International 4300 Type 5 engine, into Malden and handed the keys over to Mayor Dan Harwood near the fire station’s former site.

“A Christmas fire truck? Not many kids actually get that. I’m back being 12 years old again,” Mayor Harwood said. “For the kids and families that lost homes, it’s going to be a different Christmas. So on behalf of the town of Malden, I want to thank you. You made a promise, and you delivered.” 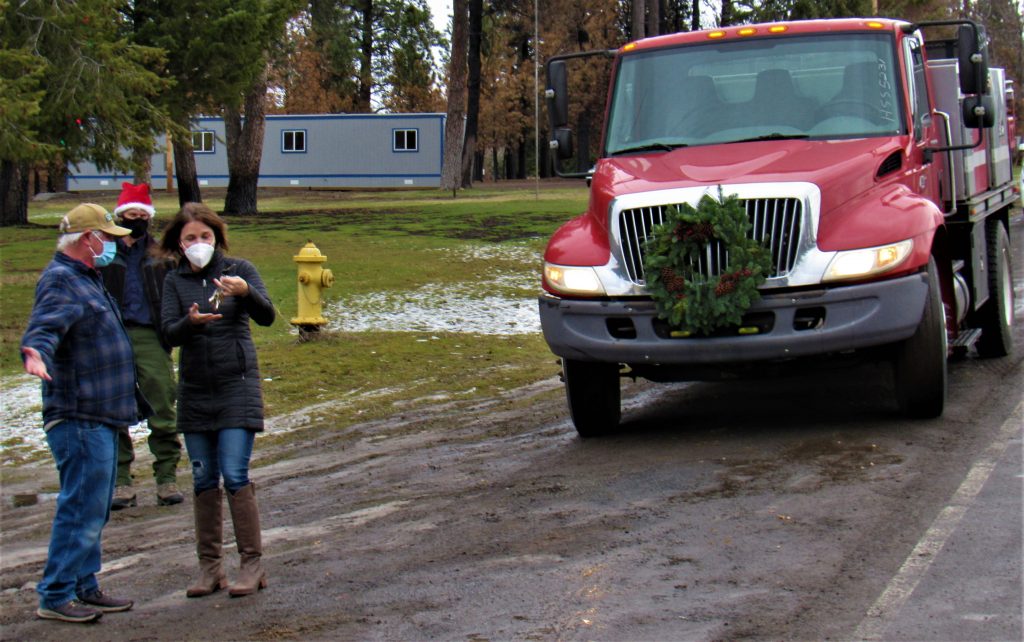 Commissioner Franz also called on the federal government to follow through on aid for the town, which has not been appropriated three months after the wildfire.

“I echo the calls from this community and Washington’s entire congressional delegation to our federal partners to end the delays and get Malden and its residents the help they need right now,” Commissioner Franz said. “As we see here today, the people of Malden and state agencies like mine are coming through to make this town whole. It’s time for the federal government to actively join these efforts.”

Governor Jay Inslee declared a major disaster in the wake of September’s wildfires, which freed up millions in federal aid for temporary housing, cleanup efforts, and replacement infrastructure among other things. Despite aid being granted for California and Oregon, no such aid has been approved for Washington.

The fire engine was primarily used in DNR’s Northwest Washington Region for most of its working life. Last year, it served as part of the agency’s firefighting arsenal in southeast Washington.

It was made available to Malden through a DNR program instated under Commissioner Franz. In 2017, the state Legislature authorized DNR to transfer ownership of surplus engines to rural fire districts in wildfire-prone areas at no cost to them. The program benefits towns, as well as DNR, our state’s wildfire fighting force, by reducing response times to wildfires, thereby reducing the potential for larger, more severe wildfires. 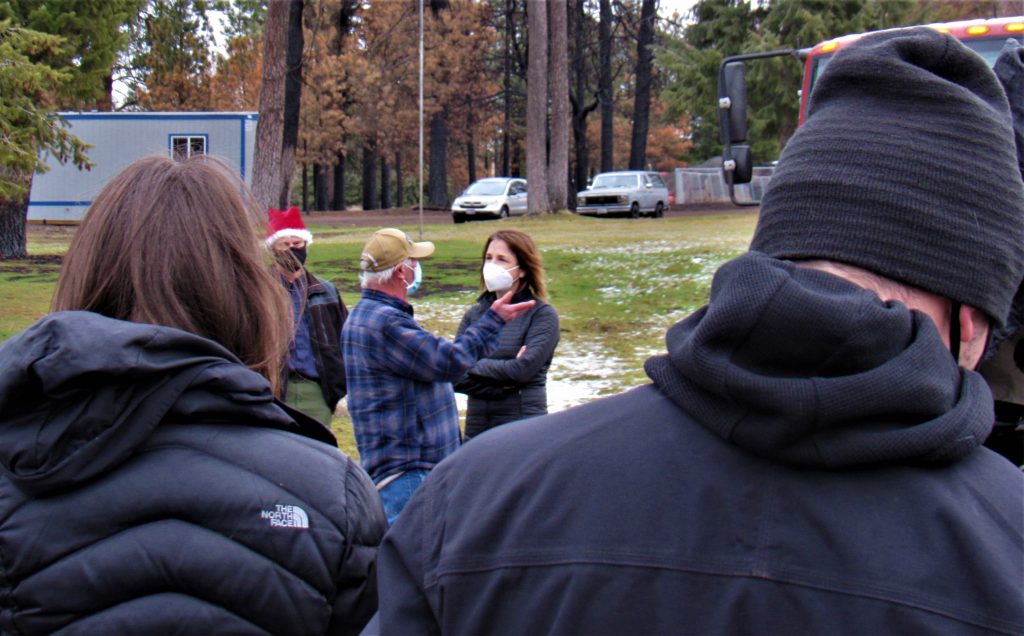 “My goal for the entire state is to make sure that no other town goes through what the people of Malden have gone through ever again,” Commissioner Franz said. “And, while this fire engine is one piece in rebuilding and restoring Malden, it’s a critical one.”

In early-January, Commissioner Franz will be announcing legislation to expand programs like this by providing dedicated funding for firefighters and forest health across the state, ensuring Washington’s towns have the tools they need to be prepared to defend against wildfire, and to prevent massive fires from beginning in the first place.