When Malden was a railroad town 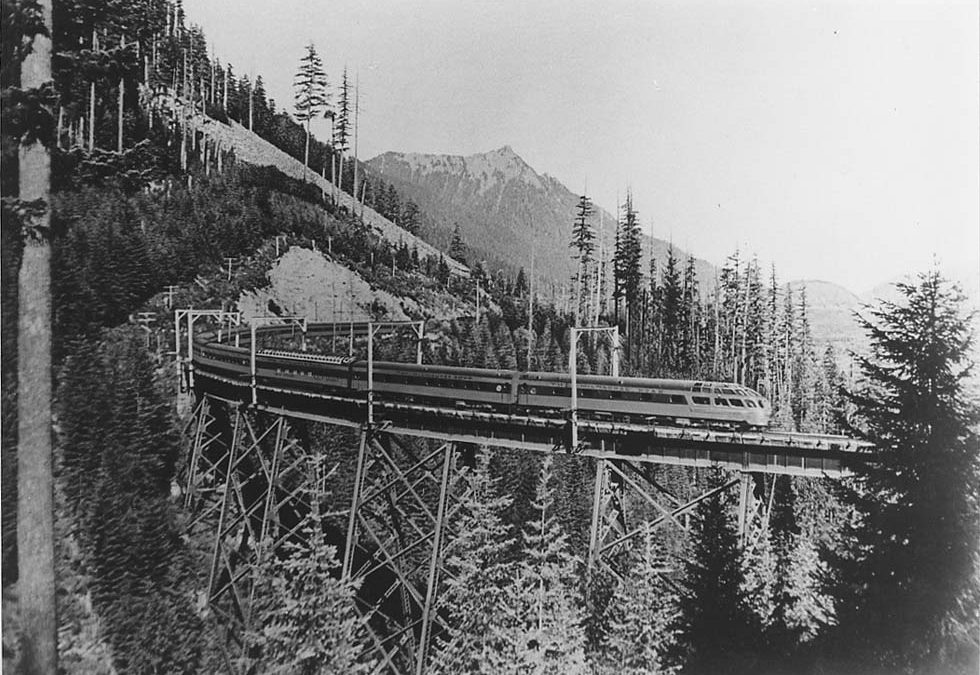 The town of Malden, Wash., which sits about 7 miles west of Rosalia and U.S. Highway 195, was once a prosperous and fast-growing community, starting in 1909 when the Chicago, Milwaukee and St. Paul Railway built a depot and roundhouse there to serve as headquarters for its Columbia Division, according to spokanehistorical.org. 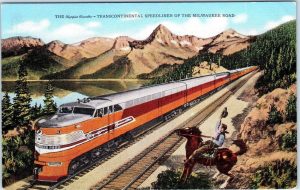 The luxury train from Chicago to the Puget Sound was called the Olympia Hiawatha, and featured the first passenger cars with second-story observation windows. Malden was a maintenance station with an 8-bay roundhouse for servicing locomotives, and 80 full-time mechanics to do the work.
The early trains did not have sleeping cars, so the trains stopped in Malden overnight, and the passengers detrained and stayed in a brick hotel owned by the railroad.  The C, M, & PS also built the Gallatin Gateway Inn next to Yellowstone Park, and established the original ski area at Snoqualmie Pass.

By1920, the town counted more than 1,000 residents.Those boom times were short-lived, however, as the railroad soon began pulling operations out of Malden. By 1930, the town was home to only 375 residents.

The railroad went out of business in 1980. The right-of-way is now part of a hiking trail that runs across WA and the Idaho panhandle. 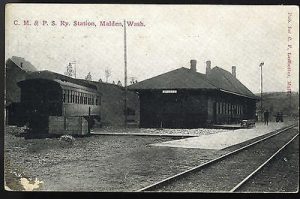 As the communities rebuild in the aftermath of the 2020 Babb Road Fire, there has been some talk of designing the new city hall or the new community building to resemble the old station.