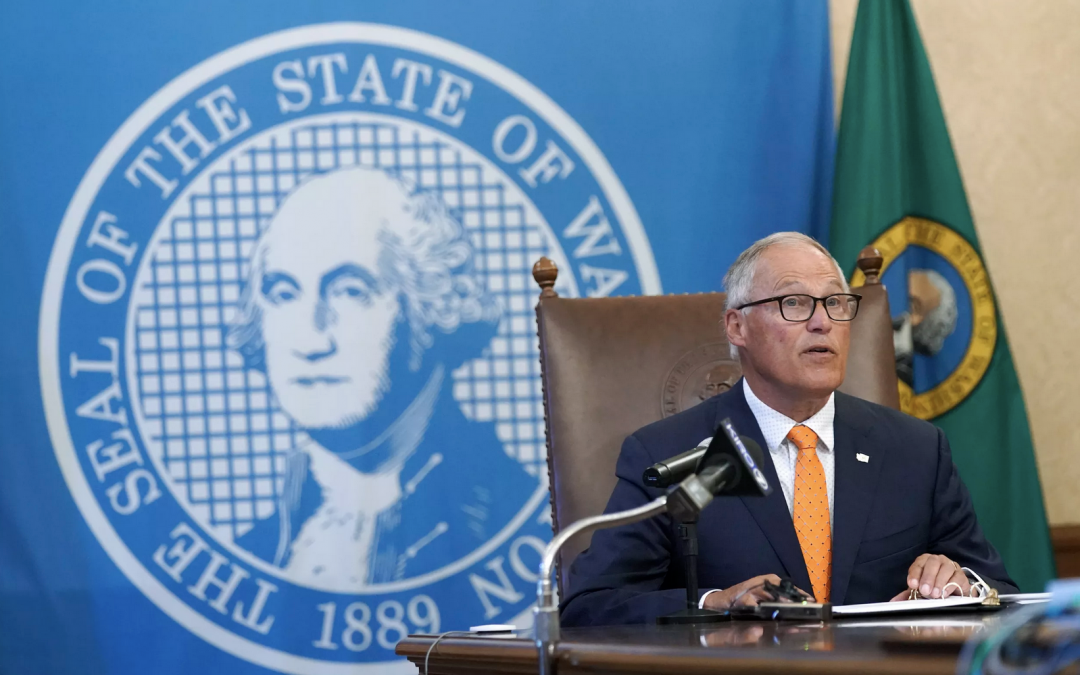 WASHINGTON – President Joe Biden has invited the governors of several Western states to the White House next Wednesday to discuss wildfires and the historic drought gripping the American West, but the governors of Washington, Idaho and Montana will not be in attendance, Press Secretary Jen Psaki said Friday.

Washington Gov. Jay Inslee, a Democrat, was invited to the June 30 meeting but will not attend because it falls on the same day the state will end its COVID-19 restrictions, his office said. Psaki would not say whether Govs. Brad Little of Idaho and Greg Gianforte of Montana, both Republicans, had been invited to meet with the other state leaders, members of Biden’s cabinet and officials from FEMA, the Federal Emergency Management Agency.

Psaki said the meeting will focus on “how the federal government can improve wildfire preparedness and response efforts, protect public safety, and deliver assistance to our people in times of urgent need.”

“He feels it’s really important to engage directly,” she said of Biden, “to really discuss what the hold-ups are, what the challenges are. How can we help be better partners from the federal government? So this is an example of that.”

Spokespeople for Little and Gianforte did not immediately respond when asked if the two Republicans were invited and whether they wanted to attend. After Psaki’s briefing, a White House official wrote in an email, “We invited Western governors from states that were impacted and the President is looking forward to meeting with a group of Governors’ with a range of perspectives to best inform the discussion about federal-state partnerships on addressing wildfires.”

The meeting comes as the Western U.S. faces severe drought and 56 large wildfires have already burned roughly 617,000 acres across 13 states, according to the National Interagency Fire Center.

In remarks on Tuesday, Biden said he would convene the meeting of state and federal leaders because “extreme weather doesn’t confine itself … to state lines. These crises require proactive federal responses.”

“The drought in the West is just astounding, when you take a look at it,” the president said. “Fires have already started, and flooding. So we’re in for a tough season, but I think we’ve got to be prepared and have every resource available to make sure we’re there for the American people.”

After wildfires devastated Malden and Pine City last September, then-President Donald Trump ignored Inslee’s request to declare a major disaster, blocking federal aid to the Whitman County towns for months, because of a feud with the Washington Democrat. Two weeks after Biden took office, he approved aid to help local governments across Washington recover from the fires.

Days later, his administration denied a separate request for individual assistance what could have helped residents rebuild their homes after FEMA determined the fire that destroyed roughly 80% of homes in the two towns “was not of such severity and magnitude to warrant the designation.”

Biden also said Tuesday he was shocked to learn how little federal wildland firefighters are paid, vowing to increase pay that starts at as little as $13 an hour for one of the most dangerous professions in the country.

“That’s going to end in my administration,” he said. “That’s a ridiculously low salary to pay federal firefighters.”

Asked what the White House could do to boost firefighters’ pay, Psaki said Congress should raise the federal minimum wage, adding that Biden “will continue to advocate for additional support and assistance for the men and women serving as firefighters around the country.”

Orion Donovan-Smith’s reporting for The Spokesman-Review is funded in part by Report for America and by members of the Spokane community. This story can be republished by other organizations for free under a Creative Commons license. For more information on this, please contact our newspaper’s managing editor.