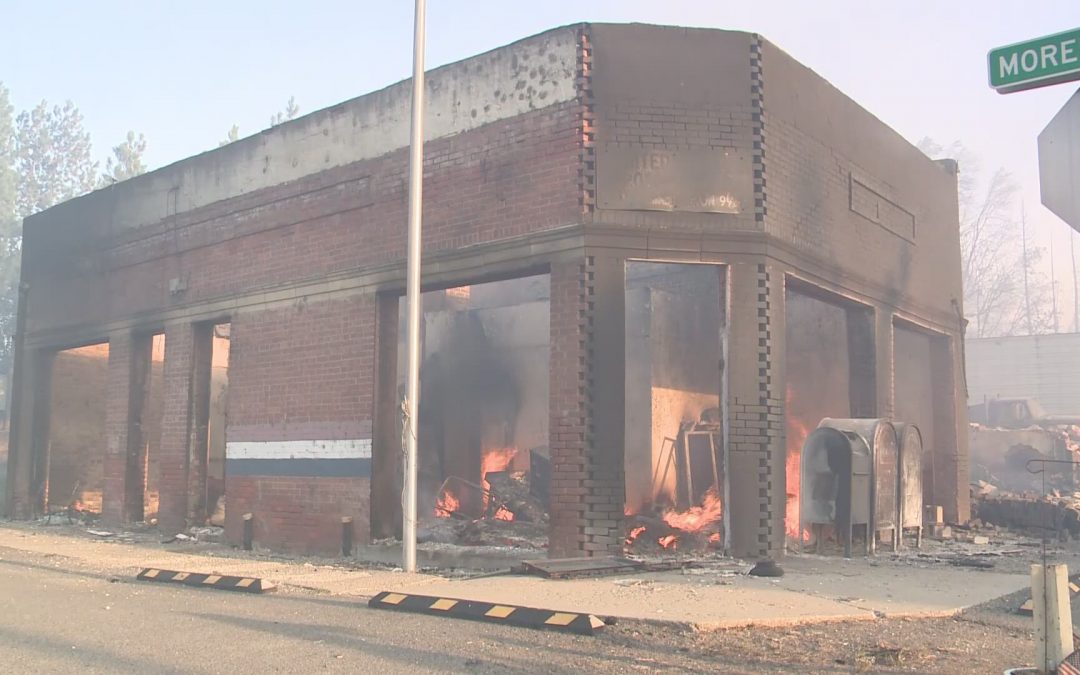 This article first appeared on January 22, 2021 at KREM2. By Kaitlin Riordan.

MALDEN, Wash. — Pine City and Malden are still awaiting federal aid more than four months after a wildfire swept through and destroyed most of the towns.

The towns of Malden and Pine City were destroyed during the Labor Day Wildfires. Residents haven’t been able to clean up or rebuild. More than 85% of all the buildings, including homes, burned to the ground. The Babb-Malden Fire burned over 18,000 acres.

Senators Maria Cantwell and Patty Murray sent a letter to President Biden Friday urging him to approve the request. Gov. Inslee’s office told KREM 2 Thursday that this is one of the highest priorities to their federal staff and they are working to get time with the Biden Administration.

In the letter, the senators said the Washington state delegation sent three letters of support to former President Trump urging for action on the governor’s request.

“Despite responding to several other disasters across the country that occurred after Washington’s wildfires, the Trump Administration refused to make a determination and as a result, has held our constituents hostage for 128 days,” they wrote. “This inaction by the former president and his administration is unconscionable and we look to you to right this wrong for our constituents.”

“I visited Malden and Pine City in September, and the devastation took my breath away,” McMorris Rodgers wrote. “The city hall, post office, and fire station were gone. Homes and surrounding farmlands were destroyed. My team and I have sought relief for these communities, but individuals, families, and businesses are still waiting… Your approval of this disaster declaration would go a long way towards helping impacted families as they continue to rebuild their lives.”

“It’s very easy to think negative,” he said. “We come up with solutions, let’s not dwell on the past. Let’s go forward because that’s the way we can do it.”

He said three homes have been built in the two towns since the devastating fires and he’s confident his town will get the aid they need.

“I know that will happen as a fact,” he said. “We take one step at a time here in Malden and we do that because we want to make sure that we do things correctly, so that our citizens can get that FEMA designation for individual assistance in public assistance and start building our town and giving face back to our people that that they’re not alone.”

Hardwood said he has no idea how many fundraisers have been set up to help the town, but the outpouring of support has been incredible.

“The most important part of our being able to stay here is all the people everywhere from Florida to Alaska that donated and have a small interest, whether it’s a $5 bill or a $500 bill, we thank each and every one of them because they are part of Malden, now and forever,” Hardwood said. “Because they will be part of us, they are part of us. They are giving from their heart, to our hearts and to our souls, so that we can rebuild our town. And it’s all the people. And all the people will be taken care of here.”

Hardwood has big dreams for his small town. He hopes the homes being built in the town will exceed the latest standards. He hopes new technology can employee young and older workers in the town.

“If they can find a way to utilize the internet for an income, that gives them a hand up, instead of a handout, and pride and faith brings these people back to home,” he said. “Malden is a perfect place to live, or to come home to. And that’s why we’re doing what we’re doing.”

Hardwood said he spent Friday morning testifying at hearing before the House Rural Development, Agriculture and Natural Resources Committee in support of a bill that would create a dedicated fund of $125 million every biennium for wildfire response, forest restoration and community resilience strategies.