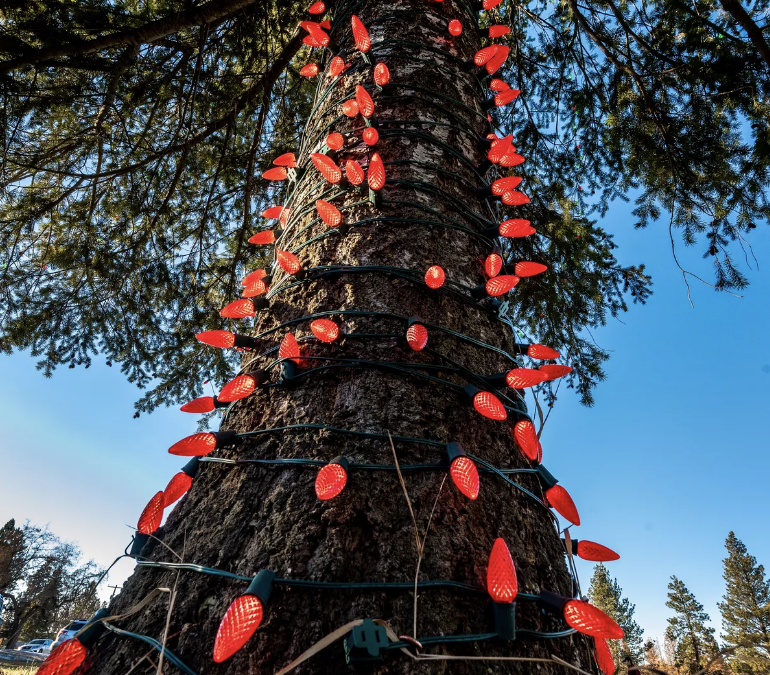 People gathered around a towering tree in Malden City Park wrapped with thousands of bright bulbs Saturday afternoon. Three, two, one: the tree lit up as community members cheered.

The Christmas Tree lighting helped provide a sense of normalcy in Malden despite many residents still living in limbo after a fire labor day weekend decimated the town.

“It was nice to bring something back,” Alyssa Hale said. “We lost everything.”

Hale moved to Malden nearly nine years ago after marrying her husband, Ben. The couple now has four children ranging in age from 6 to just three months.

At nine months pregnant, Hale had just put the finishing touches on her new nursery when the wildfire took their family home. Now the Hales live in a fifth wheel on the property where their house once stood.

Events like the Christmas tree lighting are a chance for the adults to support each other, while also providing a sense of familiarity for their children, Hale said.

“I know that my kids are struggling with the normalcy of everything,” she said.

Being back on their property has helped, she said.

“At least we get to be back home and the kids have their yard that they can run in,” Hale said. “Even if it’s not home, it’s still home for them.”

Since the fire, Hale said a community of people has formed to support them and people have been able to put aside their differences in pursuit of rebuilding the town.

“It’s nice that people are actually coming together, and people that didn’t necessarily get along in the beginning,” Hale said. “We’re all becoming one now.” 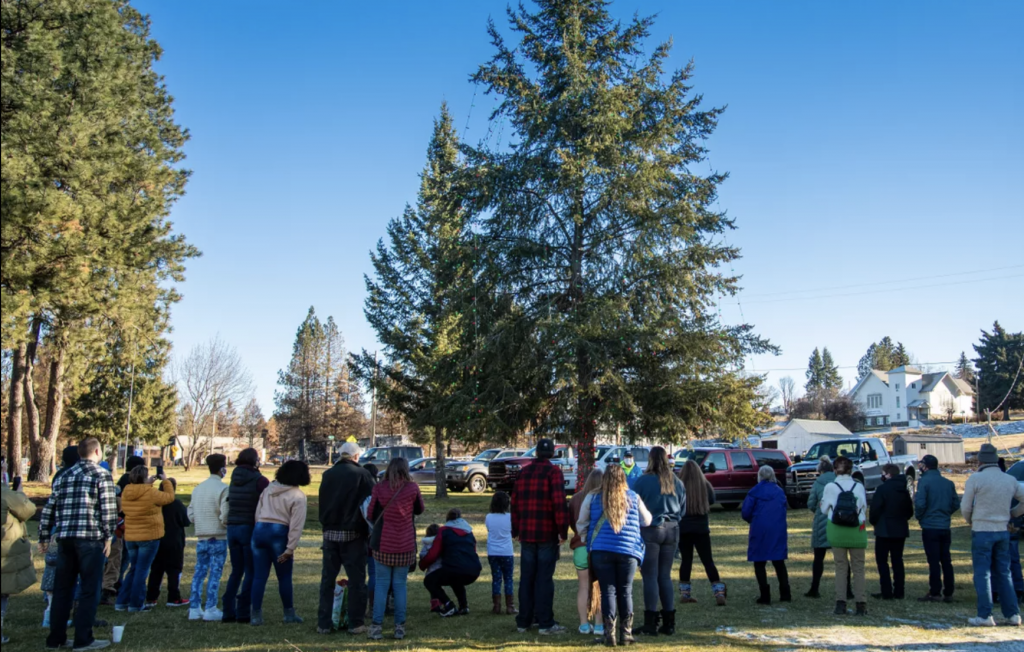 After the Pine Creek Community Meeting, residents of the wildfire-damaged town of Malden, Wash., gather in the town’s community park for a holiday tree lighting, Sat., Dec. 5, 2020. (Colin Mulvany/THE SPOKESMAN-REVIEW)

People continued to show their support for Malden in the weeks after the fire. The more than 1,000 feet of lights decorating the town’s Christmas tree were donated by Bruce and Dawn Gregg, who own three Ace Hardware stores in Spokane.

People have also knit hats and made quilts for Malden residents. One couple dropped by Saturday during a town meeting that preceded the tree lighting and dropped off more than a dozen small Christmas Trees and lights for people to take home.

Marvin Williamson lived in Malden for about 10 years as a child in the 1950s. While he now lives in Moses Lake, Williamson often stops by Malden to check on the house he grew up in. On Saturday, he came into town to drop off some electronics for Malden teens, including a few drones.

With Christmas coming, Williamson isn’t the only one thinking of gifts. The Innovia Foundation set up a sponsorship program to give those who lost everything in the fire a Christmas to remember.

Families put together wish lists, and presents will be purchased and delivered by “elves” who volunteer to help. More support for Malden is set to continue through the weekend, Mayor Dan Harwood said.

ADT is set to present the Malden Community Volunteer Fire Department Auxiliary with $10,000 on Sunday.The money will go to miscellaneous expenses at the fire department.

“There’s always things that you don’t think of,” Harwood said.

While donations are always welcome, Harwood asked people to be thoughtful when donating. The town doesn’t have much storage for donated items and is still in the early stages of the recovery process.

People from all over have lent a helping hand to Malden, but some of the most generous are those who live in the town . Despite losing her home, Hale is planning special little Christmas gifts for some of her neighbor’s children.

“Even though we lost everything, we were one of the lucky few that had insurance,” Hale said. “We’ve been doing what we can to help those that didn’t have anything. Even if it’s just the little things.”